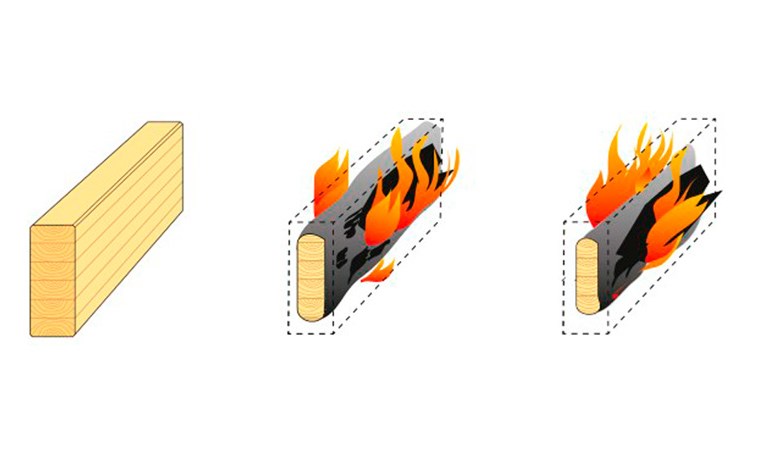 Glulam retains its constructional stability in a fire longer than many people think, making it an excellent material for bearing structures. Compared to steel, it is also very stable in shape, which is just another of the many good reasons to choose glulam as a construction material.

Stable When Exposed to Fire 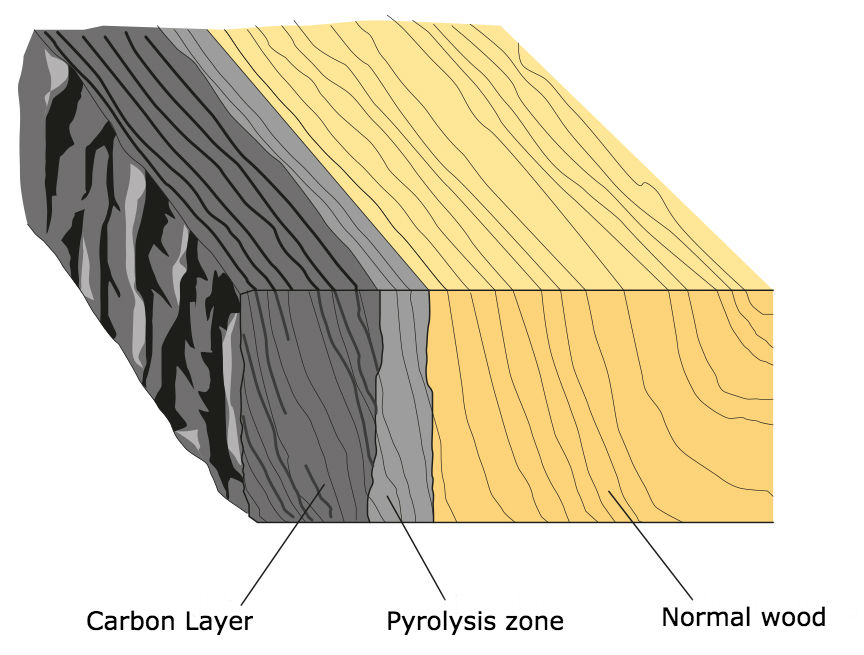 Contrary to what many might think, glulam can resist fire for a long time. A carbon layer is formed which insulates against the heat. Laminated wood burns slowly compared to many other materials, and it’s possible to calculate quite precisely how the wood is affected by a fire. 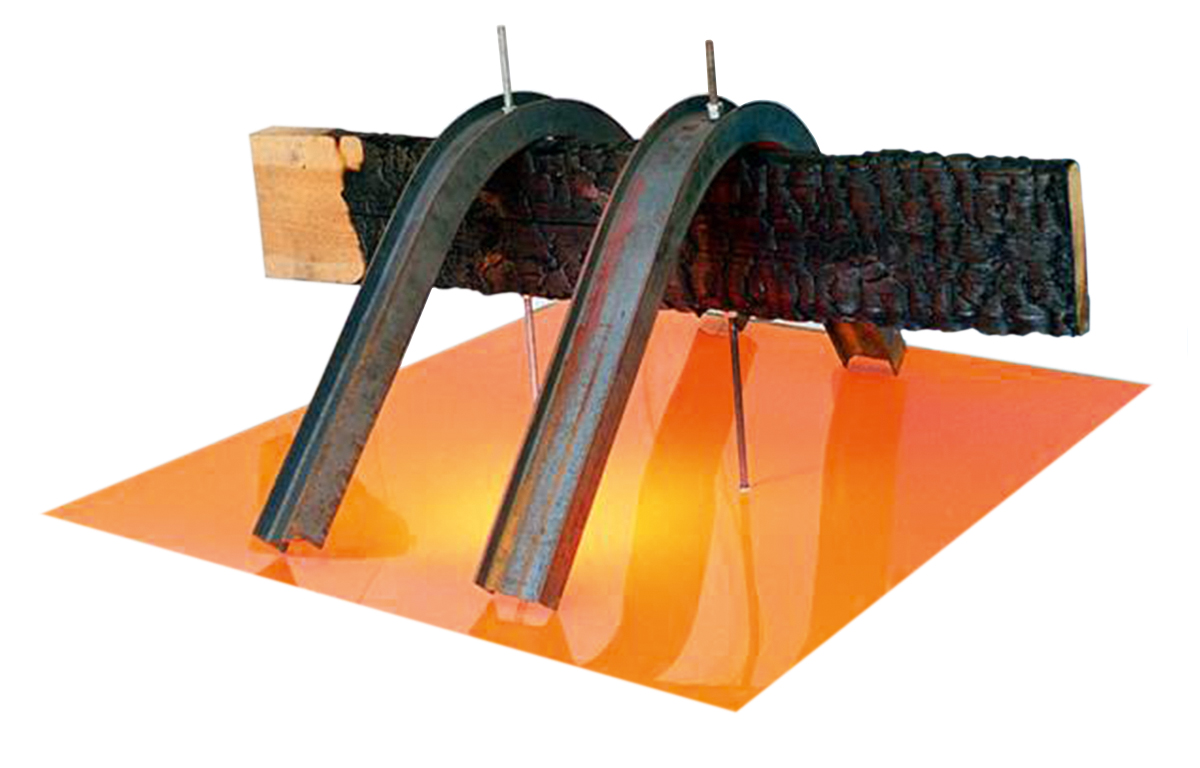 Glulam retains its constructional stability in a fire, unlike unprotected steel does.

A glulam construction is not affected as severely by fire as an unprotected steel construction. This is a contributing factor to the overall damage caused by a fire that usually is less in buildings with a glulam frame than in those with a steel frame. Choosing a supporting structure of glulam can mean big safety benefits in the event of a fire.

Glulam retains significant constructional stability also in a fire. The picture illustrates a cross laminated timber before a fire (left), after a 30 minute fire (middle) and after 60 minutes of fire (right) from all four sides.

Beams and other wooden structures made from glulam with large cross-sections (strong dimensions) have a high fire stability. The surface is first ignited and then the fire penetrates the wood with virtually constant rate – of about 0.5 - 1 mm per minute. The penetration is slow however, because of the carbon layer which forms a heat-insulation and prevents the flow of heat from the fire area to the pyrolysis zone. There is also much less smoke when glulam burns.

The image above shows a glulam beam exposed to fire for over 5 hours. Before the fire the size was 165 x 710 mm and after it was 80 x 650 mm. The finger joints were intact after the fire and successfully passed a shear test.

The temperature in the unburned parts of a rough wooden structure remain unaffected, even during a prolonged and substantial fire. Only in a narrow, about 10 mm deep zone immediately beneath the carbon layer, do temperatures reach above 100 ° C, while the strength and rigidity there is substantially lower than in the unaffected wood. Temperature fluctuations during a fire are therefore negligible in a glulam frame, unlike a steel or concrete structure in which the length of the extension in a fire can cause secondary damage to connecting masonry structures.

Glulam is fire classified according to the Swedish Building Regulations, BBR. During technical fire design of glulam structures, the dimension of laminated wood products and the design of the building fittings, must be taken into account. There are wood connectors that can withstand fire better than others. They are usually recessed within the glulam, which then create fire protection. In public premises with high fire protection requirements, dowel joints with metal plates and glued-in screws are commonly used.

Glulam beams and columns are designed to withstand fire class R60 or R30, which means that they retain their stability during a fire in 60 and 30 minutes respectively. The design should always be made taking into account the conditions and rules.