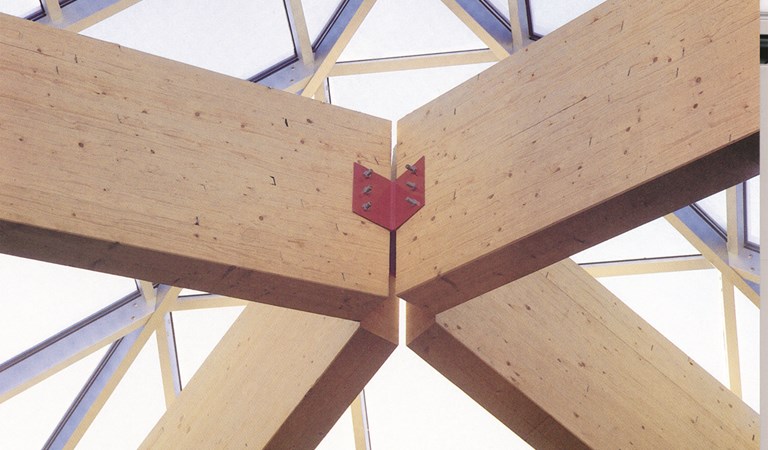 Compared with other construction materials glulam is one of the strongest materials in relation to its own weight. It is for this reason that glulam is sometimes called the new steel, mainly for its flexibility and high strength. Laminated wood is much stronger and harder than normal construction timber.

Glulam’s Strength Comes from the Properties of the Individual Slats

The strength and hardness of glulam is dependent on the so-called lamination effect, which can be explained like this: When the slats in glulam are glued together, the risk for any weakness is very small in the slats that end up in the same place as each other. If the corresponding dimension of structural timber has a defect, then that weakens the timber to a much greater degree.

The glulam slats have also been sorted according to their individual strengths. The strongest slats are placed as outer laminates, where the load bearing is normally the greatest and the inner slats are not as strong. There is an important reason why glulam beams are dimensioned to withstand a certain load should not be cut along the slats line. 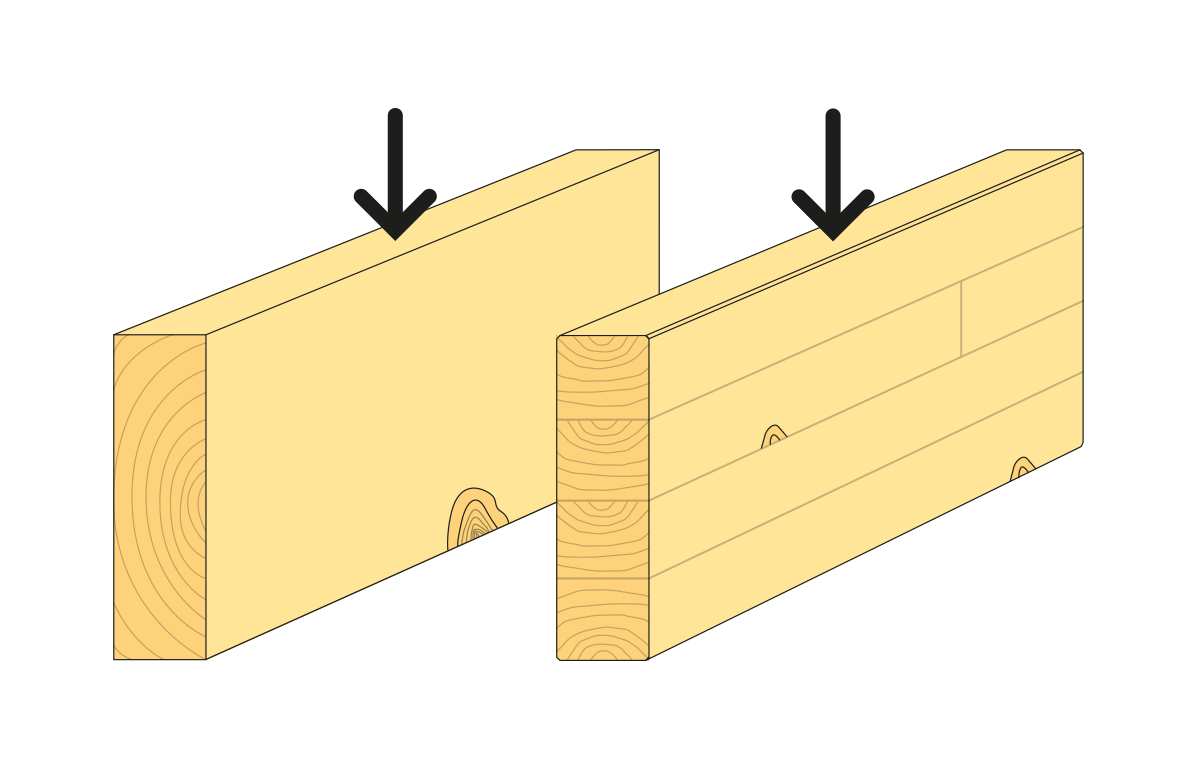 The lamination effect of glulam levels out the impact of timber defects. The risk is very small for defects, such as large branches in several slats, ending up in the same section. For one single plank, a single branch can significantly impair the strength. 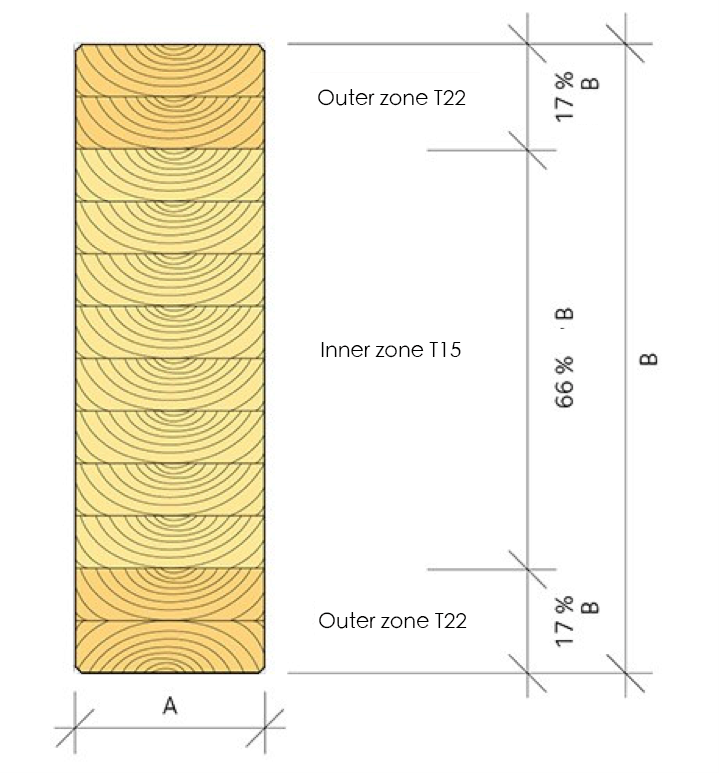 Laminated wood narrower than 90 mm is produced by rip sawing a thicker glulam. According to the standard EN 14080, the glulam with 30-28 N / mm2 should be downgraded, because rp sawn glulam has the strength class GL28.