A renewable raw material from the coniferous forests of Norrland

Allvar makes underwear from fibres from Swedish pine and spruce forests. Founder Niklas Gilmark got the idea from a company that makes viscose out of bamboo. Today Allvar is Sweden’s first brand to take Swedish forest raw materials to commercial textile production.

Niklas has a close relationship with the forest and has worked in planting and clearing. He was attracted by the idea of using forest raw materials in a new and different way and wondered whether it would be possible to do the same thing with forest from Sweden as with bamboo.

"My relationship to the forest was shaped in Bergslagen. My family owns forest there and I used to help manage it. It feels good to be able to make use of nature's bounty," says Niklas.

A stone's throw from the High Coast World Heritage Site, Niklas found what he was looking for in the form of the biorefinery Domsjö Fabriker. One of the bio-refinery's products is cellulose that can be turned into viscose.

The cellulose that eventually becomes underwear is shipped from Örnsköldsvik to India, where it is turned into sewing thread. The actual viscose fabric is made in Lithuania, which is where Allvar's underpants, knickers and vests are also sewn.

A declaration of love for the Swedish forest

Niklas runs Allvar with clothing designer Stefan Söderberg, one of the founders of the Swedish fashion brand Hope. Last summer they presented the company and launched their first womenswear collection at an event at Stockholm Central Station, where Setra was one of several partners.

Niklas thinks that the biggest challenge along the way was dealing with all the uncertainty that is part and parcel of starting something completely new from scratch. Worries about how what you are doing will be received and what might happen if everything goes pear-shaped.

"It feels good that we've had such great feedback, good publicity and support from our partners. Our aim isn't just to manufacture high-quality underwear. We have a bigger story to tell and can present a traceable origin inspired by the darkness and the gravitas of the Swedish forests," Niklas says.

• More than 60% of the world's clothes are made from oil, including polyester.

• Cotton accounts for approximately 25% of global textile production, but it is a crop that demands large amounts of pesticides and vast amounts of water in areas suffering from drought.

• Allvar's underwear is made from cellulose chips derived from raw chips from the outer part of the log. This is a by-product from sawmills and a renewable raw material that in Allvar's case can be traced to the coniferous forests of northern Sweden. 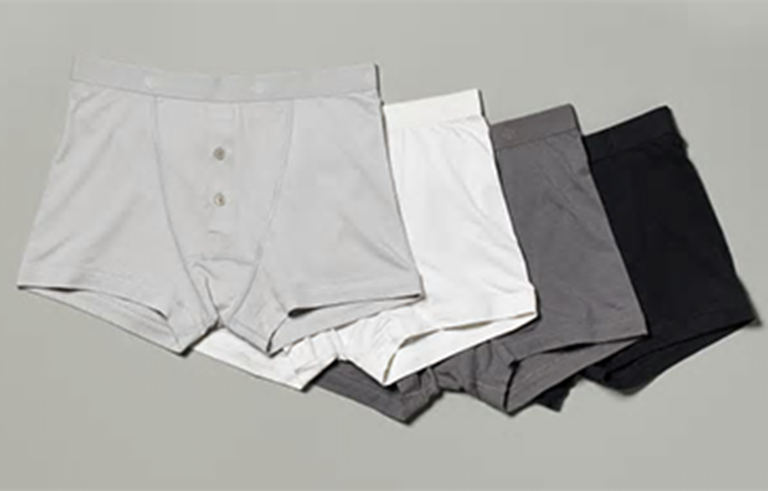