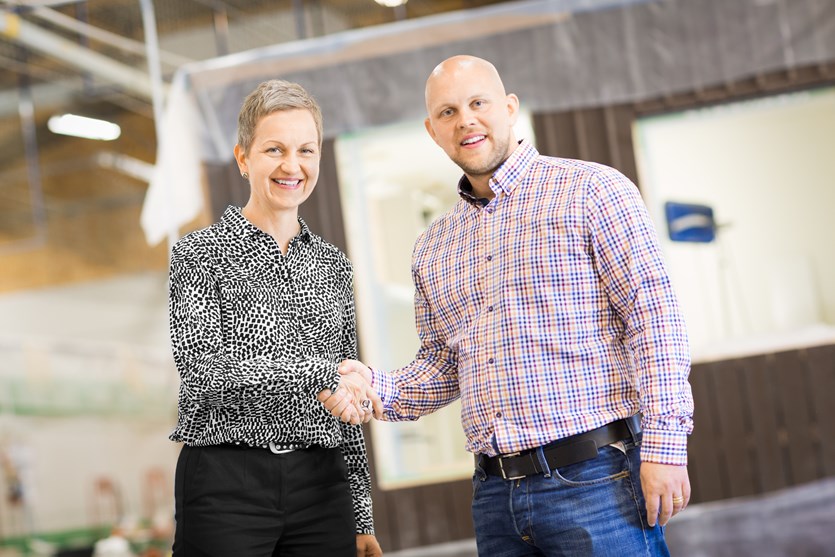 Setra has recently reached an agreement with Derome on the sale of its subsidiary, Setra Plusshus.

“Setra’s Plusshus subsidiary with its concept for industrial-scale construction of wooden buildings has developed well in a growing market for building in wood. To ensure the next stage and continued positive development, Setra has concluded that this should take place together with an owner which has wooden building construction as its core business,” says Hannele Arvonen, President and CEO of Setra.

“Setra’s role is to be a strategic partner to a wooden building company. We are very positive to Derome as the new owner of Plusshus. Derome represents a long-term ownership and is a strong group with good capacity and the right skills to run and develop the business,” says Arvonen.

“The acquisition of Plusshus is in line with the initiative which Derome previously announced regarding its own production of homes in wood using modern and rational volume construction technology. With an established concept such as Plusshus we will get going earlier than envisaged and this will provide synergies when we develop our planned factory on the west coast,” says Peter Mossbrant, Managing Director of Derome Hus.

Plusshus will be part of the Derome group from 1 June 2016 under the name Derome Plusshus.

Setra Plusshus is since 2009 a wholly-owned subsidiary of Setra Group and in 2015 accounted for about 4% of the Group’s total sales. Plusshus delivers customised wooden homes with a high level of prefabrication. The offering includes single-family homes in the form of terraced, link-detached and detached houses as well as apartment blocks, hotels and various densification projects. Production takes place in Kristinehamn and in Renholmen outside Skellefteå.