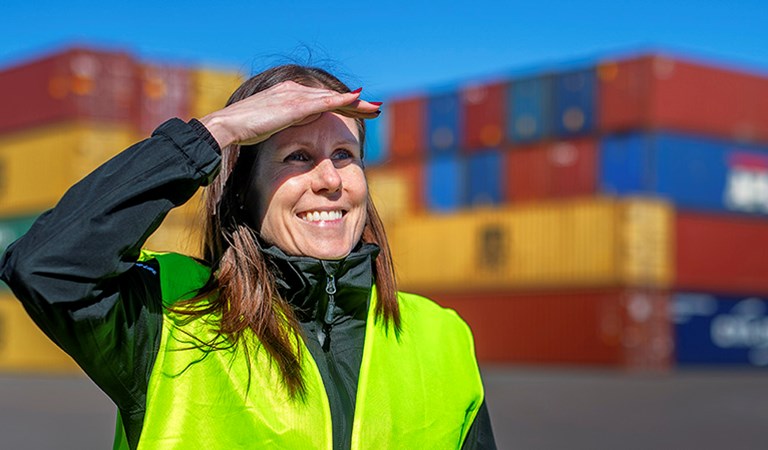 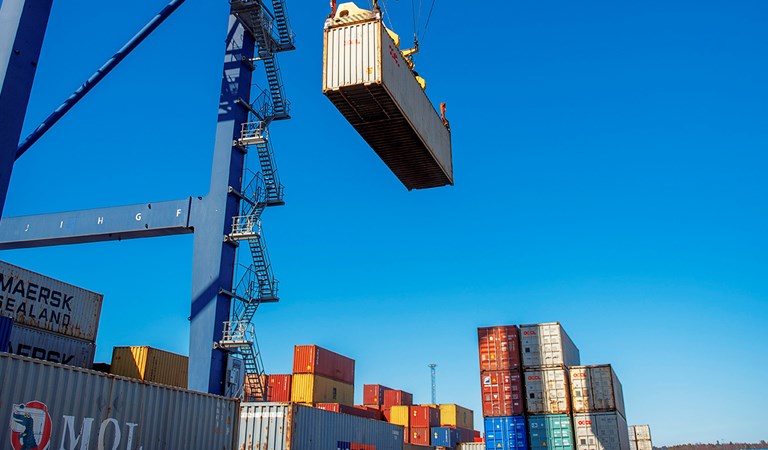 In search of greener logistics

Setra's goods are shipped all over the world and our logistics solutions are an important part of the deal, something that became particularly clear during the pandemic. Follow Logistics Manager Maria Jansson behind the scenes to see how the huge transport puzzle is solved.

This story ends in Mizushima, Japan, where planks from Setra will be turned into glulam for use in the Meiken company’s products. But it begins somewhere else entirely – in the Swedish forests between Sundsvall and Gävle, where pines that were planted some 70 years ago are growing.

Setra’s annual sales of wood products amount to around SEK 4 billion, with a large proportion of that, around 65 per cent, exported to Europe, North Africa, the Middle East and Asia. Managing and organising all the logistics for this flow of goods – in a way that generates as low an impact on the climate as possible – is a complex process. Transport in particular, to the sawmills and then on to the customer, is the key to greener and more economical handling of Setra’s products.

“Logs of the right length are selected already in the forest”

And, as mentioned, the process begins in the forest, where smart computer systems select which trees are sent to which sawmills. In the first instance, Setra always chooses a catchment area for the raw material that is as close to the sawmill as possible. This keeps the transport short and thus the emissions low.

For many years now, Setra has applied the Bergslagen concept, which involves the three pine sawmills Kastet, Nyby and Skinnskatteberg dividing the raw material into various timber grades and lengths. This gives each sawmill fewer products and longer series to saw, which improves productivity.

In this case, as we follow our delivery to Japan, the harvesters select the logs that are the right length in the forest. The logs are then taken to Kastet sawmill just outside Gävle, which is the production hub for products heading to Japan. Here the wood is quality controlled and sawn into the correct dimensions.

Once the planks and boards are ready, they are bundled together into compact packages so they can be stacked up. The packages are also weighed so they can be packed as efficiently as possible without making the container or trailer too heavy.

“We used to use estimated weights and templates. But a few years back, we bought a scale for Kastet that measure the exact weight of each package, which in turn makes loading the containers even more precise. In the near future, we’ll have scales at all our sites,” says Maria Jansson, Logistics Manager at Setra.

Important to be flexible

Alongside the work in the forest and at the sawmill, the sales team and Customer Service department work intensively to make the logistics flow as smooth as possible. Setra has salespeople all over Europe, North Africa and Asia, including two in Japan who market Setra’s products and manage the business. They enter their orders into Setra’s business management system, so that Customer Service in Sweden can then take over.

“It’s vital for us to be able to be flexible towards our customers, but that places certain demands on the organisation. Communication all the way along the chain from raw material sourcing to logistics has to work really well. For example, the salespeople need to know which raw material is available right now, and those who purchase in the timber need to know what customers will be wanting in the future.”

Orders for the Japanese market are relatively stable, which makes planning easier. But in other markets, demand can vary more, which can sometimes put pressure on lead times between ordering and production of what is requested.

“The wood market is global and we’re competing with producers from around the world, which can cause volumes, prices and the type of product in demand to shift rapidly. The key is to anticipate changes in the market and be able to quickly adjust our raw material, production or deliveries as required,” says Maria Jansson.

Since the beginning of the pandemic, the fluctuations have been particularly strong and difficult to predict.
"Entire countries suddenly shut down and did not receive goods at all, but I am proud of how we at Setra have handled the situation. Our strength in being efficient in redirecting volumes according to the prevailing situation has meant that we have managed the crisis very well based on the conditions", says Maria Jansson.

On the road in Europe

No matter which corner of the world a wood product is heading for, Customer Service is responsible for booking the transport. This is another complex puzzle to solve, with the choice of transport depending on where the product is going and what kind of wood product it is. Shipments within Europe are usually by truck.

As part of the constant drive to reduce the carbon footprint on the roads, Setra is working with industry organisations to lobby the authorities to allow longer and heavier trucks. This would allow each truck to take a bigger load, thus reducing the amount of transport required over time.

“A couple of years ago, the government decided to allow 74-tonne trucks in Sweden, but only on certain parts of the road network. Unfortunately that made the change a bit pointless,” says Maria Jansson.

Distributing products by ship is slightly greener than by truck and Setra therefore tries to send as much as possible by sea. Our boards heading for Japan are either loaded onto a ship in the Port of Gävle or transported by rail to Gothenburg, from where they continue their journey across the oceans. Transport by sea is also constantly improving its eco-credentials, not least because of tighter regulatory requirements.

“The Sulphur Directive was introduced four years ago, forcing ships in northern Europe to use cleaner fuel. Next year we’ll see the requirements become tougher in the rest of the world. Nowadays, vessels are also running slower in order to cut fuel consumption and emissions,” says Maria. She is constantly working with suppliers to find new and smarter solutions.

“The focus is on creating as eco-friendly a system as possible, and one that also delivers on the economic front.” For example, the forwarder collecting our goods for Japan receives information on the earliest pick up time and when the goods shall be delivered. Allowing some flexibility around the dates enables the contractors to optimise their flows, which benefits all parties and, not least, the environment.

After six to eight weeks at sea, our shipment reaches its destination in Japan. By this point, the wood will have travelled at least 22,000 km and been guided along the whole logistics chain.

“It’s important to our customers that they can rely on the goods arriving within the timeframe they requested. There is a
greater acceptance that the delivery time may vary when the wood is being shipped by sea, compared to rail and road transport. Keeping our promises on transport is a crucial competitive advantage and a major reason why so many customers choose us,” says Maria Jansson. 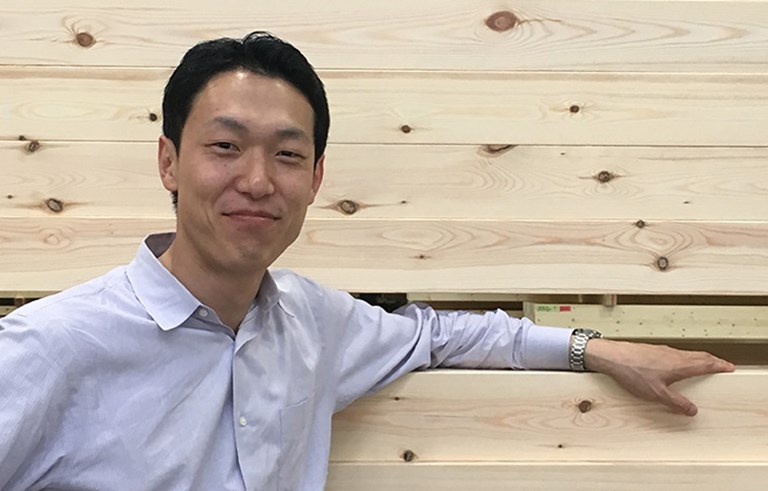